September Shoutout by Nancy Ayry – Every day in the month of September I would like to give a shoutout to one person that I see is making a positive difference in the world. 🌎 ❤️
Dennis Schleicher – he is everyone’s best friend. You can’t help but love him the minute you connect with him. He’s full of enthusiasm and love, kindness and sincerity. Dennis is a writer, lifestyle reporter, crisis counselor, network marketer, and motivational speaker.
When Dennis was a teenager in the 1980’s, he was brutally attacked by several boys in the men’s room at school because they figured he was gay. They took turns punching his face, jaw, and stomach and calling him a “f****** f***** that should not be allowed to live.” The school administration oddly took the side of the attackers. Shortly after the attack, the media began to contact Dennis and he appeared on seven talk shows, including Larry King Live, and Sally Jessy Raphael. in 1990, Dennis testified in court to help pass a hate crimes bill that included minorities and LGBT individuals.
“Dennis’ life has not been easy. The growing realization that he was gay coupled with his parents’ use of religion to justify abuse and neglect led Dennis to have a very complicated relationship with love, God, and organized religion. After suffering from the violent attack, forced institutionalization, and heartbreak after heartbreak, Dennis was desperate for love and acceptance – he just didn’t know where to find it.”
“After years of searching, Dennis unexpectedly discovered a new family in The Church of Jesus Christ of Latter-day Saints. In his book, “Is He Nuts? Why a Gay Man Would Become a Member of the Church of Jesus Christ” he shares the story of how he, a gay man, found his home in the church.”
Dennis now serves as a ward mission leader, assisting sisters and elders throughout New England to better understand how to work and deal with the LGBTQ community, creating a better understanding amongst all people.
In his book Dennis explains, “I am many things. I am a people person, a talker, a networker. I am a gay man, a survivor of a hate crime, an advocate for the LGBT community. I am a friend, a hugger, a Christian who has always believe in Heavenly Father and Jesus Christ. I am a son, a brother, a cousin. All of this and more collectively defines who and what I am.” ( ”Is He Nuts?” Cedar Fort Publishing, Schleicher)
Dennis teaches me how to love and how to forgive. He teaches me that there are new starts. He teaches me that sometimes you’ll do things you NEVER thought you’d do! And he shows me what true ministering is. In his own words, “Turn up the Love!”

Is He Nuts? Ranking #2 in Mormonism

#11 in Christian Inspiration on;

I never in my 40+ years expected joining the Church Of Jesus Christ Of Latter-Day Saints, serving as a Ward Mission Leader, being a full temple recommend holder and writing a best-seller. 😮

Today is the TWO-year Anniversary of my baptism as a member of The Church of Jesus Christ of Latter-day Saints! 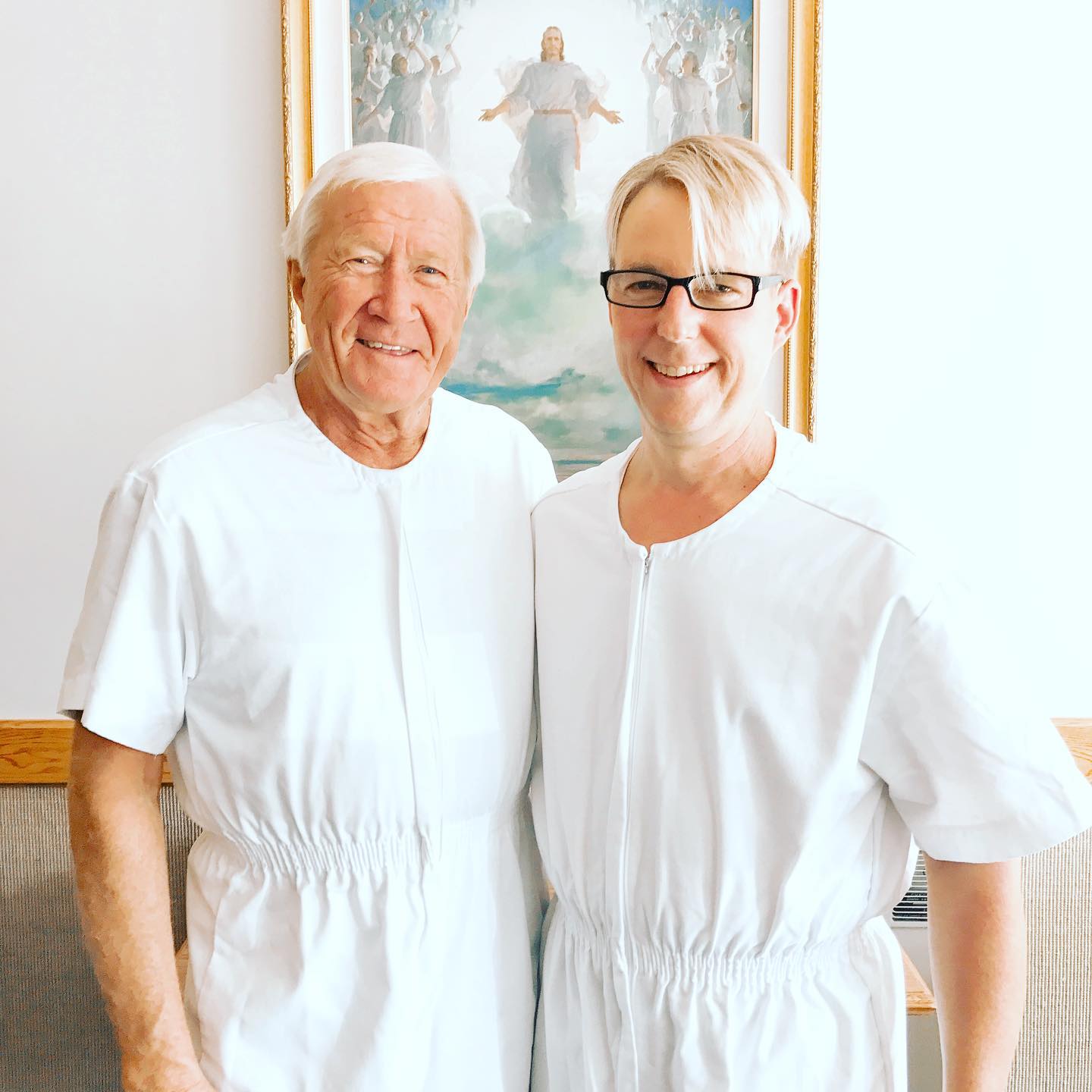 I remember opening my eyes during the opening prayer to look around the room at everyone who was there to support me: Derek & Shelby Hall, my ward members, many other close friends, and my parents.

I remember the feeling I had while immersed in the water and immediately afterwards. I was lightheaded, refreshed, with a new sense of well-being and a revitalized purpose in life. I felt peace. I had a new start to my life, a second chance to find true joy and meaning in life!

❓❓ How long ago was it and what do you remember about your baptism day that made it special?

Number one trending article on ThirdHour.org by Amy Keim 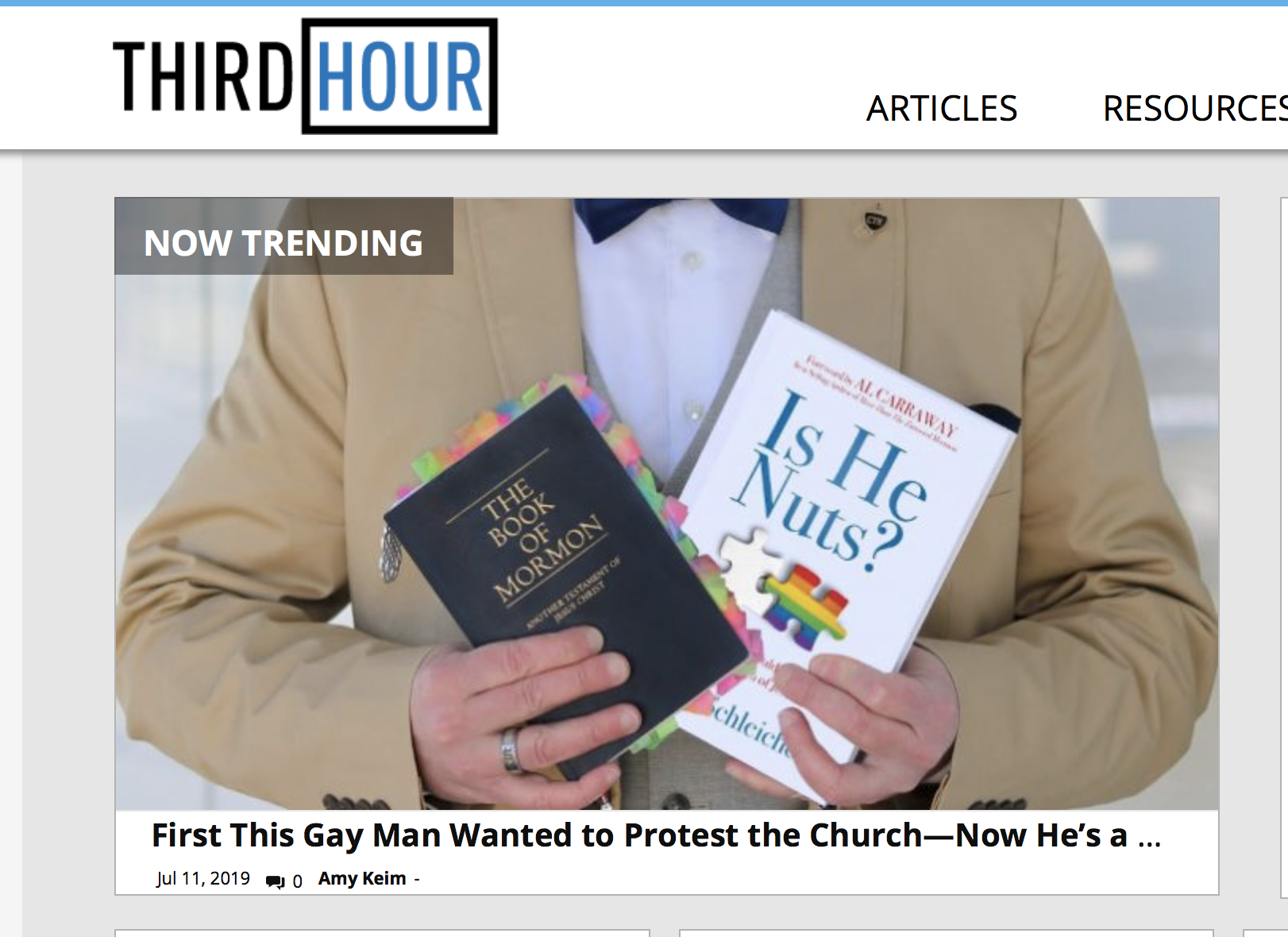